Suffolk, Virginia Work crews in the City of Suffolk discovered an old munition just weeks after another ordnance find in the area. Police and Suffolk Fire and Rescue responded after a construction contractor reported finding the item about a half-mile off of the roadway.

Members of the Virginia State Police Bomb Squad were able to safely remove the munition without incident. It was identified as an inert munition round with its origins marked as unknown by the responding bomb squad. 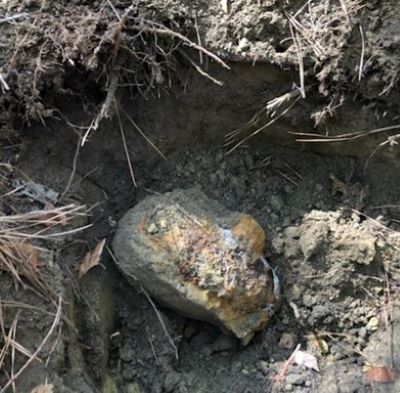 Last month, construction crews in a nearby area of the city found a grenade, which was also determined to be inert. That munition is believed to have come from the old Nansemond Ordnance Depot, which ceased operation in 1960.