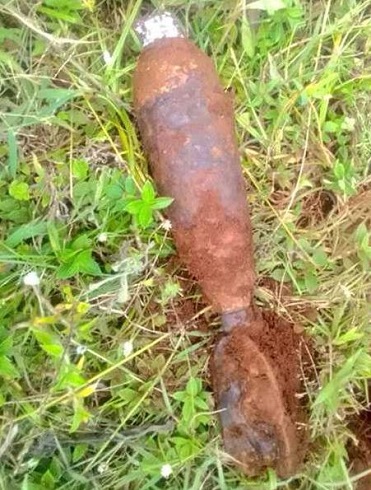 Officers from the Directorate of Criminal Investigations (DCI) were called in to make the final identification. A DCI statement read in part, "The dangerous military ordnance was most likely left behind by the British forces at the height of the Mau Mau uprising in 1953, when sections of Mt Kenya and Aberdare forests suffered aerial bombardment, to flush out Mau Mau fighters." A demo event is scheduled to dispose of the hazard through a controlled detonation.

Linking Blogs | 230 Views
Comments
Comments are not allowed for this entry.