Kua Bay, Big Island Hawaii Officials from the Kekaha Kai State Park were called to investigate a suspicious looking object found in the shallow water. The object, shown below was approximately two feet in diameter and weighed 150 pounds.

Due to the history of UXO in the area, the area was closed to surfers and Navy EOD was called to investigate. 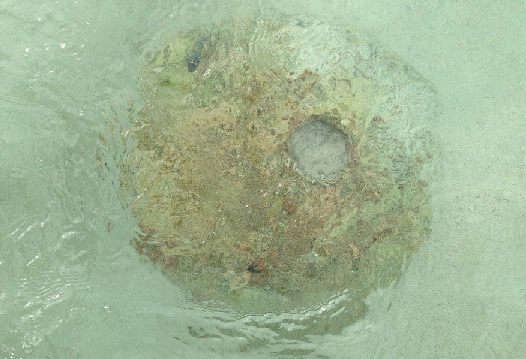 Navy EOD responded to the call along with the Department of Land and Natural Resources. EOD identified the object as a mooring which did not present an explosives hazard. The area was re-opened to the public.

Linking Blogs | 2643 Views
Comments
Comments are not allowed for this entry.