People enter into the public service arena of politics for many reasons -- family tradition, a legal background, an aptitude for business, -- but Brian Mast came to the decision to run for office in a less traditional way.

Mast made the decision with his wife, Brianna, while recovering from an life-altering injury sustained in an IED explosion in Afghanistan. The Army staff sergeant was lying in a hospital bed at Walter Reed National Military Medical Center after losing both of his legs when a landmine exploded. An EOD Technician, Mast felt as if his life's work serving his country had come to an abrupt end, but it was there in the hospital that Mast and his wife realized there could be another way to serve.

"I was thinking how the best thing I had ever done in my life was now in my past," Mast said. "I was thirty years old when I was injured. I thought I would never be able to do anything better than serve the United States of America, but it was then that I realized that though I wouldn't be jumping out of planes and kicking in doors, I could still serve my country through public office."

This summer, Mast made the decision run for Congress as a Republican candidate in Florida's 18th Congressional District. The incumbent, Democratic Rep. Patrick Murphy, is running for the Senate. Mast will square off against five other candidates in a primary election in August 2016.

"I didn't ever think I would be going into politics," said Mast, who felt that he would make a life-long career in the military. Now not only is he running for office, the campaign is going very well and he is being well received in his home state as well as in the national arena. "It couldn't be going better," he said in a recent interview with UXOInfo.com. 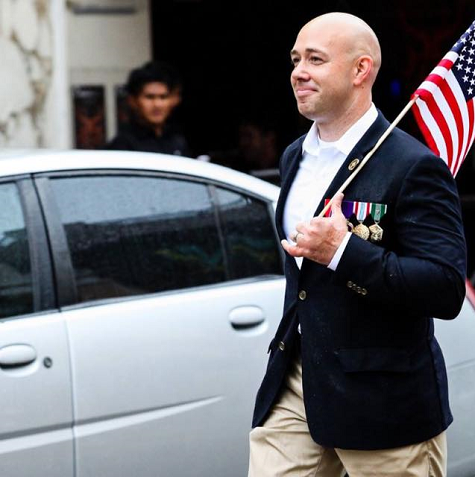 Though he is not a smoker, Mast compares the campaign trail to chain smoking, one interview after another, and he is thrilled with the reception he has gotten in a few short months.

His military service is appreciated by those he meets on the campaign trail. He joined the Army Reserve in May 2000 as a combat engineer. In 2006, he transitioned to the active Army to become an EOD Technician and later joined the 28th Ordnance Company. 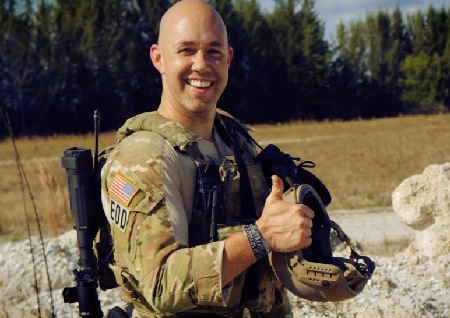 On Sept. 19, 2010, three months into his first deployment to Afghanistan, Mast was on a mission with the 75th Ranger Regiment in southern Afghanistan. He was searching the area for signs of an explosive device when he stepped on an IED. There was a blinding flash and Mast was sent into the air. At first he wasn't even sure that he had been hit. He heard soldiers saying, "EOD is hit, EOD is down." he said. He realized that he was that "EOD."

Mast was flown to Walter Reed where he remained until Feb. 1, 2012. Once discharged, Mast, his pregnant wife and 2-year-old son moved to South Florida where he worked at Miami International Airport with the Dept of Homeland Security. The couple now has three children, ages 5, 3, and 9 months.

He was awarded the Bronze Star and Purple Heart and medically retired from the Army in June 2012 after 12 years of service. 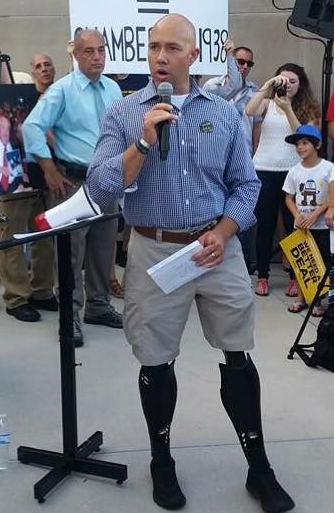 Linking Blogs | 5561 Views
Comments
Comments are not allowed for this entry.