Where are They Now? Some Pre-FUDS Properties Remain a Mystery

Vidal, California We know that clearance of WWII munitions in the United States began as early as 1946, but there remains the question of what became of some properties slated for these pre-FUDS operations. One such location is the Spillane Property in Vidal, CA, encountered in a search of early UXO sites at the National Archives II in College Park, MD.

In a letter found there by researchers to the South Pacific Division Engineer, dated 6 June 1947, 1st. Lt. CR Joseph Sainato of the Bomb &Shell Disposal Team reported the completion of the clearance of 120 acres in a week-long operation. It stated that the land was inspected for land mines and "other dangerous objects" by two-man teams using three detectors at a total cost of $762.

Screening resulted in the discovery of four, fused M1 practice, anti-tank mines filled with black powder and red phosphorus. The mines were disposed of "by placing a large charge of Composition C-3 on them." The letter concluded that the property was now, "free from explosives for the purpose of grazing and cultivation."

Besides the shockingly low cost of the remediation, it is also interesting to note that the property map referenced in the letter, which can be downloaded using the link below, is missing from the file. The mystery remains as to what became of the property and if it actually made it onto the FUDS list or if it was just considered "clear" and crossed off the list of potential hazardous sites.

Below are photos of the clearance operation. 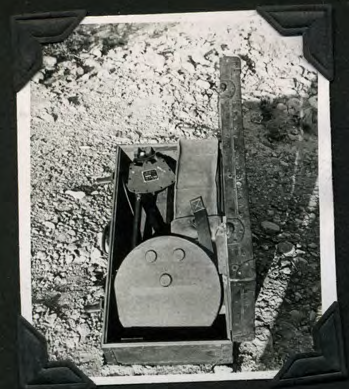 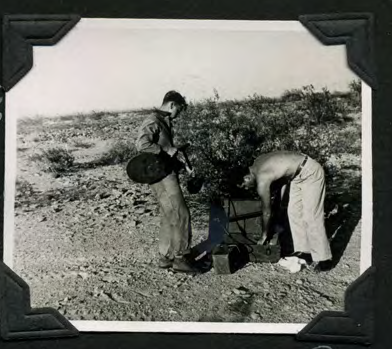 Assembling the Mine Detectors 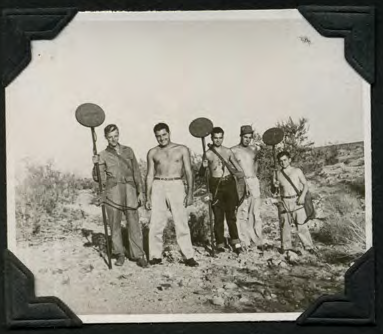 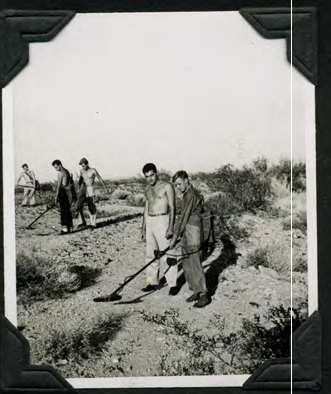 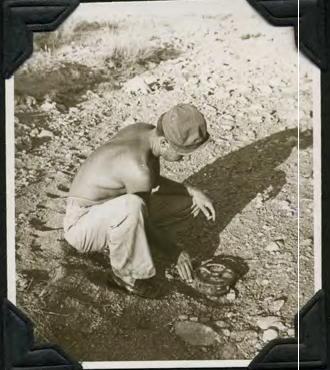 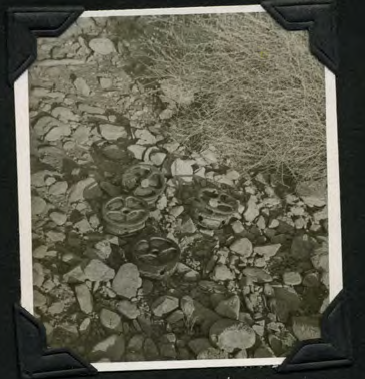 Mines Located on the Spillane Property

This is a very insightful bit of concise reporting. John Bastien comments that land clearance is based on intended use. This does not address accurate Risk Assessment Code (RAC) number values which is suppose to give a contamination value to a plot of land. This is very important when considering future UXO clearance and most importantly Public Safety.
I ran into a similar situation with former Camp Stoneman in Pittsburg California. The contractor failed to do any due diligence regarding the building of a junior high school on this land near RANGE ROAD which was listed as a US Army multi use range and staging area. Mortars have been found in the area years before this construction and there are artillery craters in the surrounding hills. I know Mr. Bastien has confidence in the military's ability to chart duds, what is deployed where, etc. but our experience of the UXO we find in the real world suggests otherwise. If this information were available to us then site assessment SNAFU's would be a thing of the past (a long time ago). Ask the folks in Spring Valley how their fancy homes got constructed on a former WW I chemical weapons testing site. The entire way we go about this UXO remediation needs to be scrutinized, reviewed and changed. Cheers, --- Jack Imber
# Posted By Jack Imber | 12/1/15 2:45 PM

Very good points. However the sins of the past always seem to surprise us. Land use records of the past are always lacking. However UXO does not seem to be part of the due diligence work. I do a lot of deep research work often looking through old production manuals showing proof fire qty etc then I can judge risks etc. Same with make up of units. With that old chemical weapons range there must have been local newspaper article during the time of operation. Often some notations are rather essoteric but can lead you down the right pathe.

Any vintage site you have to treat with suspicion. Now we have more systematic approaches to land characterization. A paperwork exercise can lead to tunnel vision in some aspects of risk assessment. I had an area where there is no record of a mortar range but geophsics and hard proving validated the find. The original article is similar to many nations issues with UXO on formern training sites. Battlefield clean up is a different animal. There is also an issue of informal training sites used when the area was only wildness.

I do not have confidence in any military's ability to chart duds. I however have confidence in their ability to leave them anywhere. I look at past practices and procedures so as to give me an idea of what may be on the plate. Such as in the case of the story it would make me wonder if there would related ammunition to the activity present.