Bentonville, Arkansas The owner of a Backstreet Trader, a home furnishing store, called police to report a Civil War cannonball in his showcase. The owner reportedly bought the item at auction over a year ago but became concerned after seeing a news report about a similar find that turned out to be live. 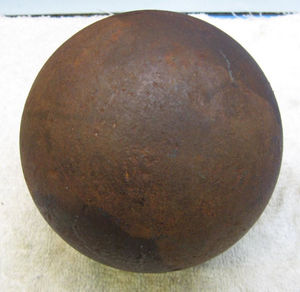 The local bomb squad took custody of the item for investigation and proper disposal. The shop owner said in an interview with a local new agency that "It was my blowout sale". Police praised the shop owner for calling them and not attempting to relocate the munition himself, even though he had moved it in the past.

Linking Blogs | 1714 Views
Comments
Comments are not allowed for this entry.