Falmouth, England A suspected WWII mine was found off the shore of Falmouth by a civilian diver. The item was encountered approximately 2,600 ft. from the coast. Realizing a potential threat, the diver called in the Coastguard to report his find. 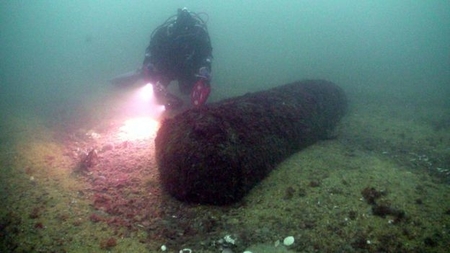 Due to late time in the day when the ordnance was investigated, EOD decided to return the following day to conduct a disposal operation. The area around the UXO was closed to traffic and guarded during until EOD completed the disposal operation.

EOD reportedly responded to a second ordnance find later the same day another after an item washed ashore at Fistral Beach in Newquay.

Linking Blogs | 1740 Views
Comments
Comments are not allowed for this entry.