KoBobrzeg, Poland Police and Fire Fighters evacuated hundreds of people from a 1.5-mile radius as a bomb disposal team recovered several WWII era unexploded bombs from the Baltic Sea. The bombs were found in the close to shore where the water depth was approximately 5-feet. 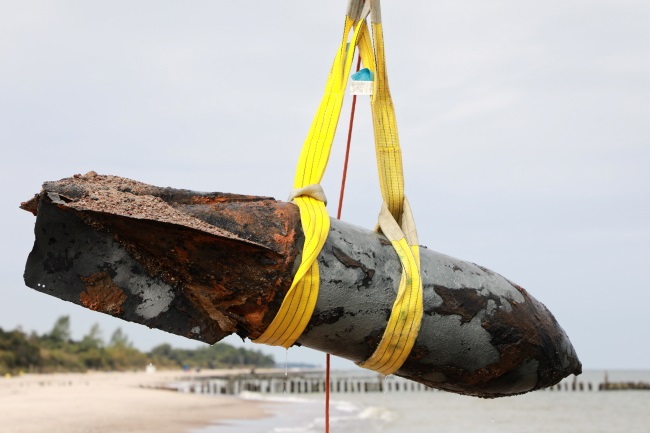 The bomb disposal team was able to relocate the bombs to a military training area in the town of Drawsko Pomorskie, approximately 50-miles away where they were safely disposed of through controlled detonations.

Linking Blogs | 1342 Views
Comments
Comments are not allowed for this entry.