Normandy, France Fishermen in France hauled in a potentially deadly catch when they netted a 1-ton German WWII bomb. A trawler found the bomb off the coast of Normandy, 2.5 miles from the port of Grandcamp-Maisy. After the crew was evacuated, explosive experts safely defused the bomb, according to a tweet from French authorities. The bomb was found near the site of the 1944 D-Day landing. 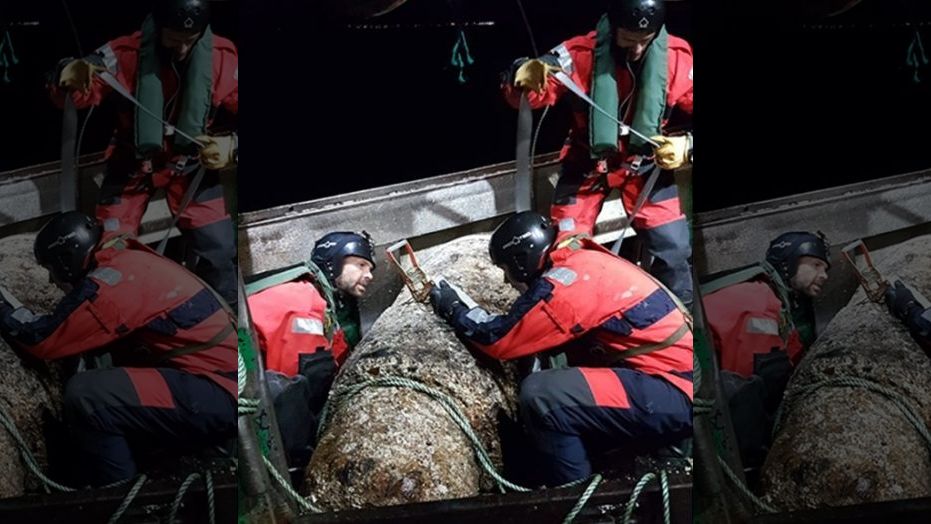 Linking Blogs | 989 Views
Comments
Comments are not allowed for this entry.