Solent, United kingdom Royal Navy Bomb Disposal was called to Motherbank (a shallow sandbar off the northeast coast of the Isle of Wight) after a trawler reported a UXO find. The experienced captain quickly realized that he had something potentially dangerous in his nets when he noticed a bomb. He ordered the crew to carefully lower the bomb in the water and proceeded to report the find to the Coast Guard. 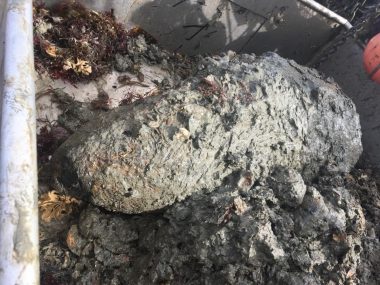 The Coast Guard contacted the Royal Navy for support who dispatched an EOD team to investigate the find. The EOD team took control of the item and conducted an underwater controlled disposal operation to eliminate the threat. The bomb was identified as WWII era, specific type not reported.

Linking Blogs | 1037 Views
Comments
Comments are not allowed for this entry.