Tumon, Guam Navy EOD was called to remove a live WWII era grenade from a clothing shop after a military service member shopping in the store noticed it on display. The store manager told authorities who responded that "a beachgoer" had dropped it off at the store about two weeks ago. The store manager also stated, "It was all rusted and everything and we thought it looked like a cool artifact." 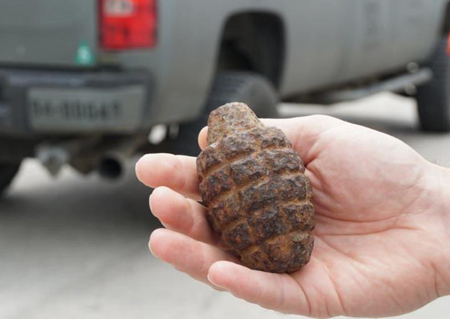 First responders from the police and fire departments evacuated the area as EOD removed the grenade which was reported as live although the fuze was missing.

Following the incident, the Guam Homeland Security and the Office of Civil Defense reminded residents and visitors in a public release to practice the "3Rs of Explosive Safety" when any ordnance or munition is encountered.

Linking Blogs | 672 Views
Comments
Comments are not allowed for this entry.