Man Picks up Mortar Round to Protect Daughter

Devon, England A man, his wife and two-year-old daughter were walking along the Devon coast when they discovered what may have been a WWII Canadian mortar. 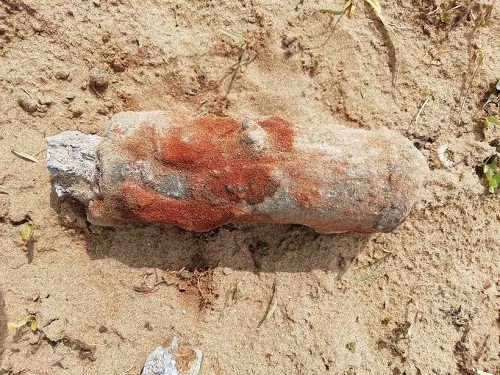 Concerned that his daughter may see it and pick it up, he reportedly decided to pull the ordnance from the sand himself. Once the item was in hand he realized that it was likely a UXO, so he notified authorities. A bomb disposal team arrive shortly after to remove the device.

Linking Blogs | 690 Views
Comments
Comments are not allowed for this entry.