Janesville, Wisconsin a man cleaning out the attic of his mother's house reportedly found a projectile. Instead of calling the police to report the find, the man decided to load the ordnance in his car to drop it off at the Rock County Sheriff's Office. 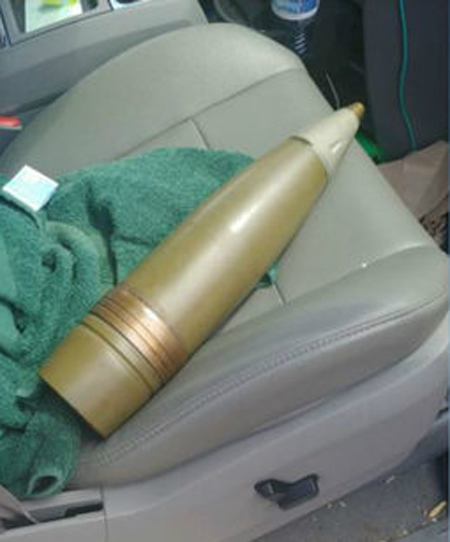 Once police realized what was in the man's car, they quickly evacuated the area and closed the parking lot. The Sheriff's Office then contacted the Rockford bomb squad, who responded and safely transported the item for proper disposal.

Following the incident, the Rock County Sheriff's Office issued a press release warning the public that if any ordnance or artillery items are found, "the best and safest practice is to quarantine the area, safely evacuate and call 911 as soon as possible."

It's unclear how the ordnance ended up in the attic; police are investigating the find further.

Linking Blogs | 318 Views
Comments
Comments are not allowed for this entry.