Army EOD soldiers are now permitted to wear their EOD brassard full-time. The change was made in a memo signed by Lt. Gen. Thomas Seamands, the Army G-1. The memo authorized full-time wear of the EOD brassard by all qualified EOD techs beginning with its signing. Previously, the brassard was authorized for wear only while actively engaged in the duty associated with the brassard and identification of personnel was required, such as field operations and event response. 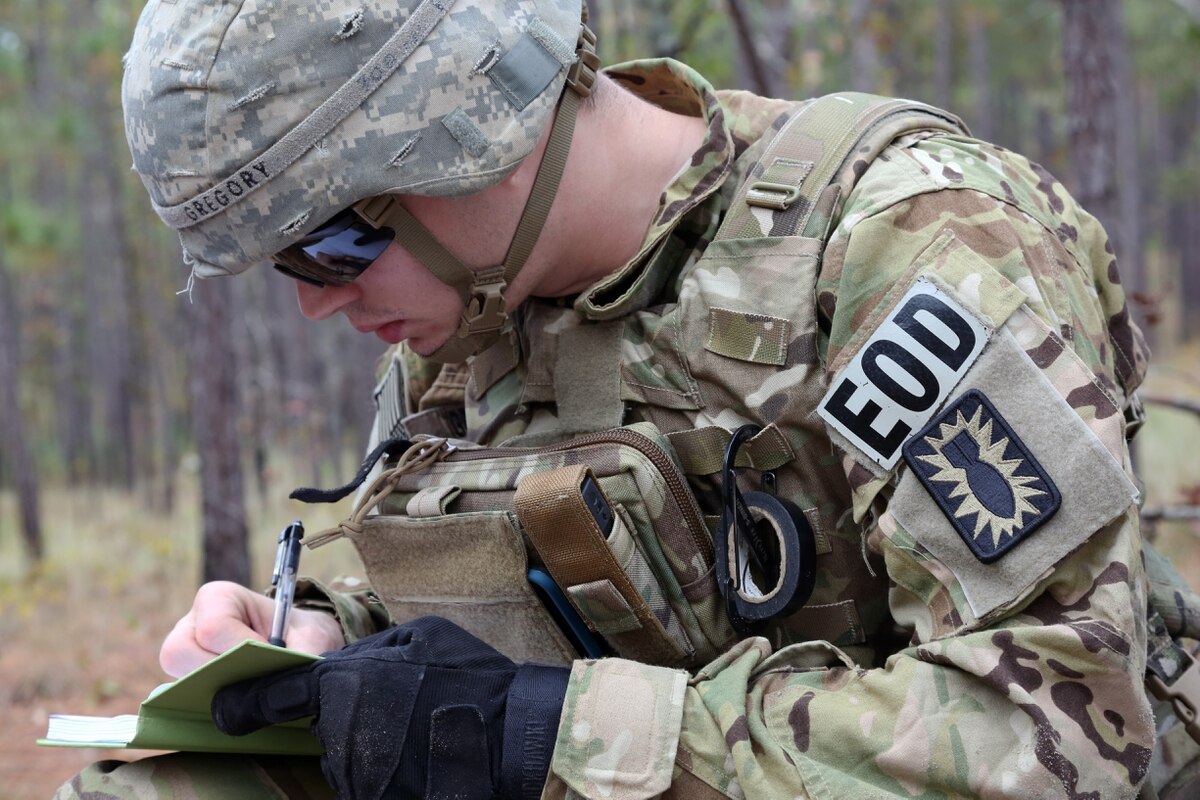 The Army hopes that the additional visibility of the EOD brassard will help recruit soldiers to join EOD since, according to an Army spokesperson "generates questions about its significance and provides an opening for the recruiter to discuss qualifications and EOD career options."

The full-time wear of the brassard will also help with force protection by immediately identifying the wearer as qualified to provide render safe and exploitation capability. Before the update, an EOD tech was only allowed to wear their brassard while actively conducting disposal operations in an environment where non-EOD personnel are present and identification of EOD personnel is necessary, such as a deployment to Afghanistan or Iraq.

Linking Blogs | 826 Views
Comments
Comments are not allowed for this entry.