Vass, North Carolina The Crains Creek Fire Department announced via social media that a few locals were magnet fishing near Morrison Bridge and Riverview Drive when they found a hand grenade, missing its firing pin, near the bridge. Several emergency units responded, including military EOD, who determined that it was unsafe to transport the grenade. 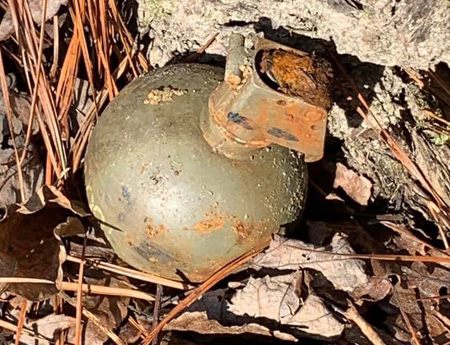 "The military EOD responded and determined it not safe to carry back to post, so it was detonated in the woods nearby," the Crains Creek Fire Department stated. "CCFD crews stood by and assist with the closing of the road and for the detonation."

Linking Blogs | 615 Views
Comments
Comments are not allowed for this entry.