EOD Responds to Beach For UXO

Carnoustie Beach, United Kingdom A team from the Arbroath Coast Guard responded to Carnoustie beach after a civilian reported suspect ordnance beside the skatepark. The suspect device, shown below, was photographed by the team and sent to the Royal Navy EOD team at Faslane for identification. 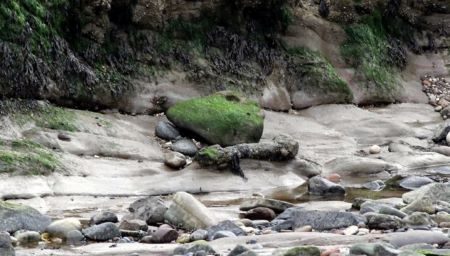 After reviewing the photos, EOD team prepared to send a team to investigate as Coast Guard officials kept the area clear. EOD responded later that day and identified the item as military munition (specific type not reported). A search of the area resulted in a second munition item. EOD opted to conduct a controlled detonation operation to dispose of the hazard.

Linking Blogs | 235 Views
Comments
Comments are not allowed for this entry.