Reston, Virginia TSA officers at Washington Dulles International Airport found a live military smoke grenade in a traveler's checked luggage. The bag triggered an alarm during screening and when an officer opened the bag to inspect the contents, they discovered the canister labeled "smoke/yellow". 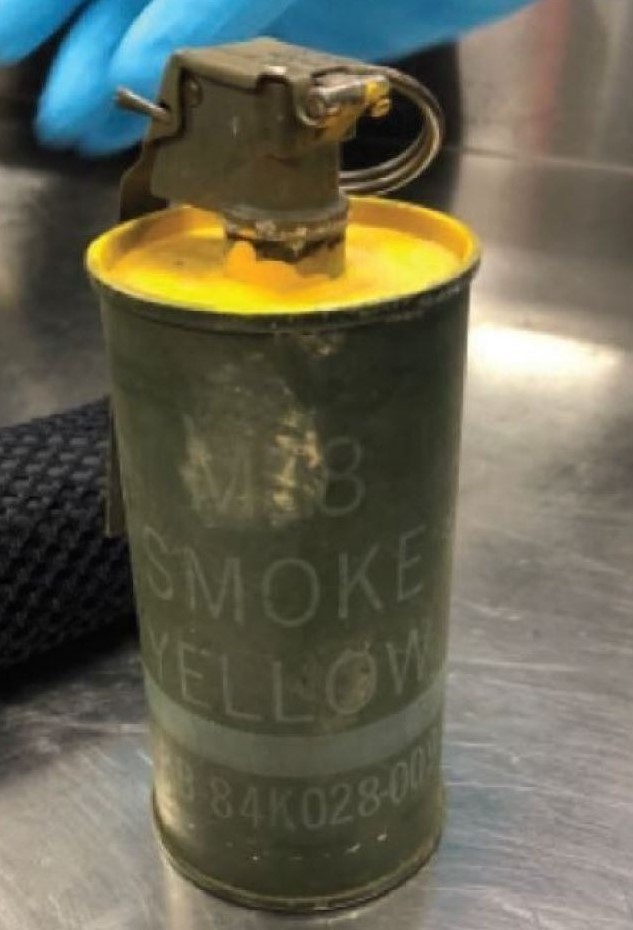 Metropolitan Washington Airport Authority Police tracked down the passenger. He told police he'd bought the grenade at a military surplus store years ago and that he thought it was inert.

However, a TSA explosives specialist and state police bomb squad found that it was a live smoke grenade. It was subsequently removed from the airport.

Neither hand grenades nor realistic replicas of explosives are allowed in carry-on bags or checked bags. Travelers who bring prohibited items face civil penalties of over $10,000 and could also face criminal charges.

Linking Blogs | 297 Views
Comments
Comments are not allowed for this entry.