Buxton, North Carolina A U.S. EOD unit from Norfolk, Virginia confirmed that the object discovered on a Cape Hatteras National Seashore beach in Buxton is a live military ordnance. EOD has placed the UXO, identified as a 100-pound aerial bomb from the WWII era, on the beach near the Cape Hatteras Lighthouse Beach Access parking area as it awaits disposal. 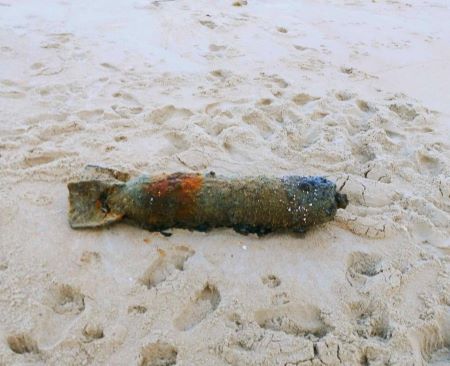 Linking Blogs | 226 Views
Comments
Comments are not allowed for this entry.