Weeton, United kingdom A landscaping crew found an ordnance item at the job site and proceeded to handle it, pose pictures with it, and wash it off before finally calling police. Police asked the crew to send pictures of the item as they sent officers to the scene.

After viewing the pictures, police instructed the men to evacuate the area as they called in EOD for support. The landscaper's description of the incident to reporters tells the story:

"We'd gone about two foot down and he's hit it with shovel a couples of times. He [the laborer] thought it was a big rock at first, then we brushed the dirt away around it and discovered it was a bomb."

"We were passing it around and having a look. It's not every day you come across a WWII bomb at work. It didn't hit home until later how dangerous and silly we were being. When I got home, it was a sense of 'bloody hell that was dangerous', but also relief."

The workers reportedly took turns posing for selfies with the bomb one worker even started to jet-wash the missile so he could take a piece of history home for his young son. But after stopping for lunch, one of the workers called the police over concerns. Police asked him to email a picture of the ordnance. The crew was left shell-shocked when police called back after reviewing the images telling them evacuate the site as soon as possible as bomb disposal experts were on their way to the scene.

Following the incident, the North Yorkshire police confirmed on twitter, "EOD have removed the shell, the cordon has been lifted, and life in Weeton can get back to normal on this lovely sunny afternoon. Thanks for your patience everyone." 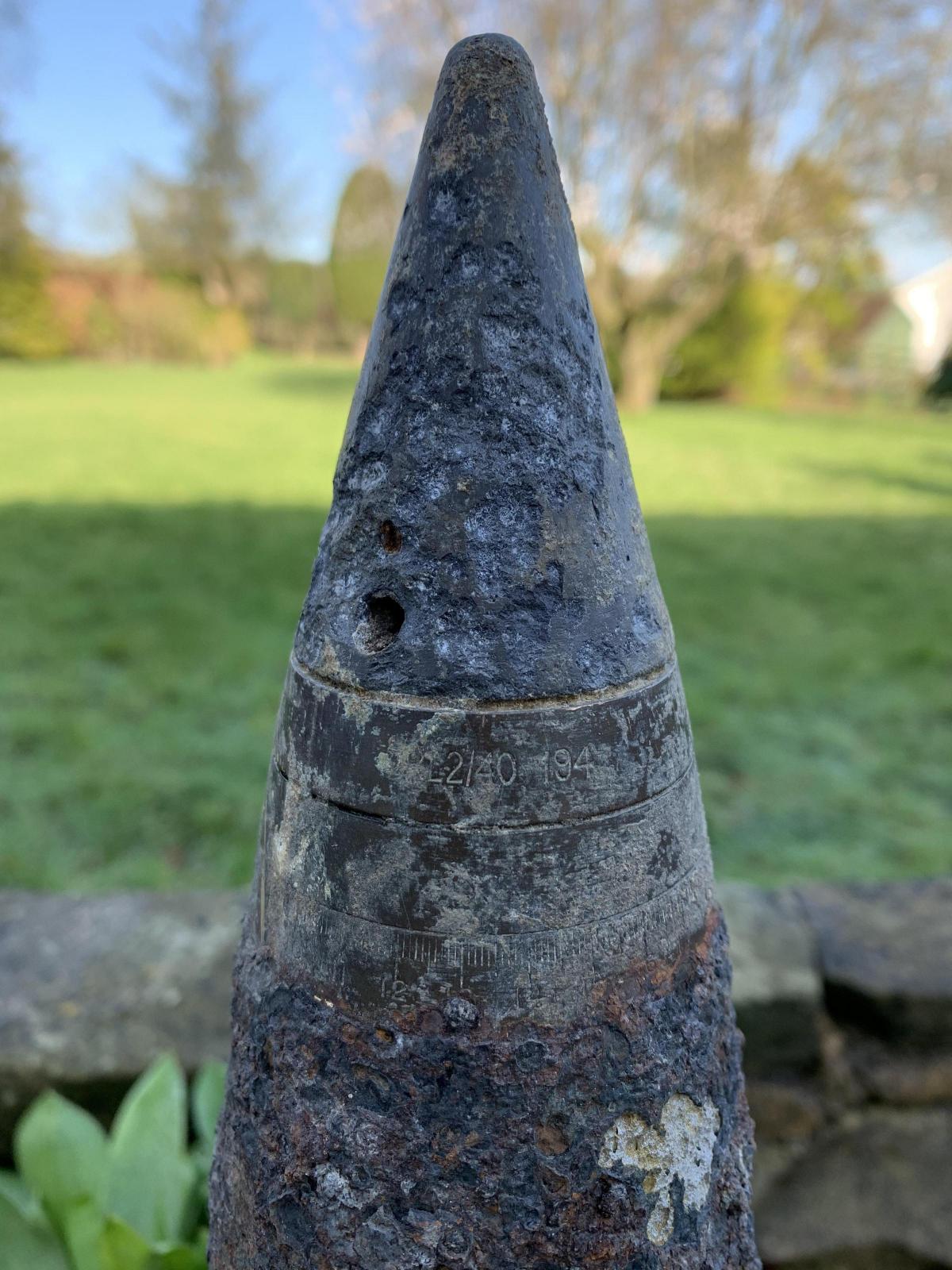 Linking Blogs | 698 Views
Comments
Comments are not allowed for this entry.