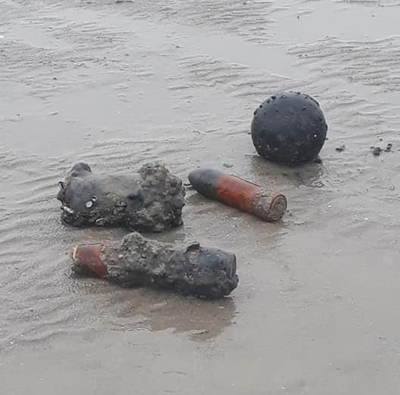 A search of the area revealed a total of 7 ordnance items in all which were destroyed in an open detonation operation during low tides. Authorities reported that the dropping sand levels in the area have impacted the tides which is similar to events in the area four years prior.

Linking Blogs | 792 Views
Comments
Comments are not allowed for this entry.