East Yorkshire, United Kingdom An EOD Team from the 29th Group of Engineer Regiment 35 have been working the past few weeks to clear ordnance from a 600-acre area of Cowden Sands. The area previously served as a RAF and US Air Force practice bombing range until 1998.

The targets were situated at the top of a cliff above the beach. However, rapid erosion has led to significant amounts of ordnance being exposed on the beach. The removal work began on July 13 and the EOD team has recovered over 1,000 ordnance items with the majority being disposed of in controlled detonations. 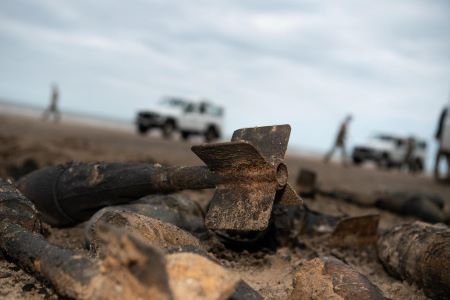 The ordnance included practice bombs, aircraft projectiles and historic two-inch mortar rounds. The team plans to complete its mission mid-August. A long-term plan to manage UXO on the beach is reportedly under development.

Military officials working on the project reminded the public through interviews with reporters "that it is against the law to pick up military materials from the Mappleton/Cowden beach under the Royal Air Force Cowden Bylaws." 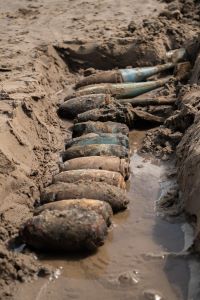 Linking Blogs | 263 Views
Comments
Comments are not allowed for this entry.