Okanagan, British Columbia A hiker stumbled across a UXO in Kalamalka Lake Provincial Park. The UXO was the 2nd to be found in the matter of months as the property once served as a WWII Canadian Forces training area.

A Canadian Forces EOD unit was called in to respond to the two finds with the most recent find shown below identified as a live WWII era mortar round. 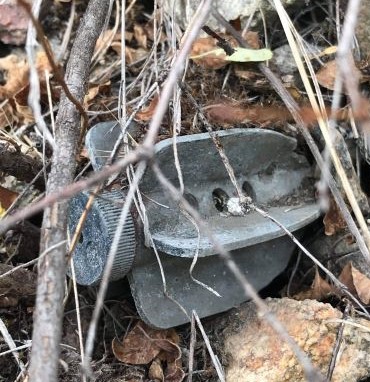 In both cases the hikers were off the park's trails when they made the discoveries. Authorities reported that the developed areas of the park have been swept for ordnance and they have urged people to stay on designated trails.

Linking Blogs | 476 Views
Comments
Comments are not allowed for this entry.