Angus, United Kingdom Army EOD was called to Easthaven beach in Angus following the discovery of a rust-encrusted suspicious item was discovered in the sand. Coast Guard teams secured the scene while awaiting the team's arrival.

A statement from the Coast Guard read in part, "The beach was closed off to ensure everyone was kept safe and the team waited for EOD to arrive. Once EOD arrived, they checked the item and confirmed that it was indeed ordnance. It was therefore decided that the item needed to be detonated using a controlled explosion." 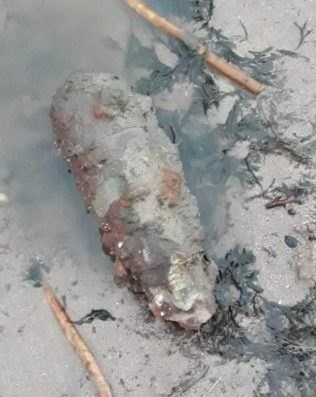 The type of munition was not reported was safely detonated by EOD. There have reportedly been five EOD calls to the area in the past year.

Linking Blogs | 362 Views
Comments
Comments are not allowed for this entry.