Lyme, United Kingdom the Lyme Regis Coast Guard Rescue Team (CRT) was called to the beach in Pinhay Bay after reports of suspect ordnance. However, by the time the response team arrived, the suspect item was underwater due to the tide.

The team setup a caution area and responded the following morning during low tide. When the object in question was investigated, the CRT coordinated with Royal Navy EOD to identify the item. EOD concluded that the object was an underwater drone used to locate mines. 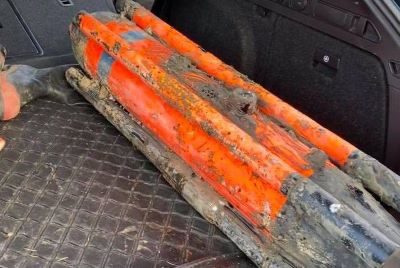 Once identified as inert, the CRT transported the item to EOD so that the drone could be returned to the Navy.

Linking Blogs | 359 Views
Comments
Comments are not allowed for this entry.