Chalkwell, United Kingdom Southend Coast Guard were called in to investigate reports of suspected ordnance on Chalkwell beach shortly after Army EOD removed other ordnance from the area. The munition had been covered by the incoming tide, prompting the Coast Guard's return the next day. 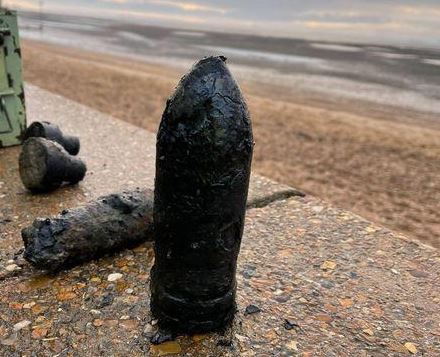 According to a spokesperson, "Southend Coast Guard sent the same three Officers out to the location of the ordnance to relocate from Saturday and quickly confirmed it was still in situ as the Army EOD team arrived." The UXO was confirmed to be an armor piercing shell with tracer still intact. The round was safely disposed of by EOD.

Linking Blogs | 100 Views
Comments
Comments are not allowed for this entry.