Hengistbury Head, United Kingdom The Coastguard team at Southbourne was called to Hengistbury Head following reports of possible ordnance found on the beach. EOD was also requested to respond after confirmation that the item was indeed UXO.

A Coastguard spokesperson said, "Once on scene we located the first informant and got 'eyes on' of the possible ordnance. Once we had established it was a WWII 2-lb shell, we set up a secure area and created a suitable cordon of the area. We then awaited the arrival of the Explosive Ordnance Disposal team from the Royal Logistic Corp of the Army."

EOD deemed the shell too damaged to transport, so they safely detonated it on the beach. Following the incident, the Coastguard team issued a public announcement urging members of the local community to notify authorities if they spot anything they suspect to be ordnance or pyrotechnics on the beach. 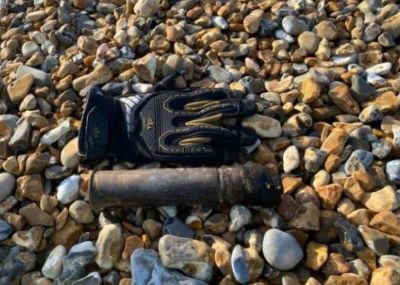 Linking Blogs | 368 Views
Comments
Comments are not allowed for this entry.