Navy EOD team confirmed the locations of the UXO, about 300 yards offshore, in water 74 to 94-feet deep. EOD confirmed that the munitions are likely WWII-era. 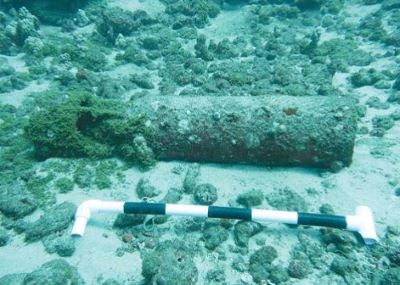 One is about 2.6 ft long and appeared to be mostly intact. The second UXO is 2.6 to 3.3-feet-long and appears to be fully intact, and the third is likely an empty metal pipe, treated as UXO, for safety.

DLNR has requested the U.S. Army Director of Munitions and Chemical Matters to conduct a risk assessment on the Lna»i UXO. That report, along with the DAR assessment, will help inform decision making about the stability of the UXO.

In a statement, DLNR Chair Suzanne Case said, "We will keep the Lana'i community informed about any plans for these UXO, which could include leaving them in place. In the meantime, we ask people to practice the 3Rs (Recognize, Retreat, Report) when they see any suspect UXO in the water or on land." Divers are asked to avoid the area until further notice.

Linking Blogs | 279 Views
Comments
Comments are not allowed for this entry.