Toano, Virginia Phillip Murdock's recent metal detector find prompted more than just curiosity, it was cause for a response from U.S. Navy EOD and the James City County Fire Police Departments. Murdock has come across many different finds is his day, but this one has been the most dangerous to date, a live Korean War-era hand grenade.

Upon discovering the munition, which was missing the pin, Murdock picked it up with his shovel and transported it away from nearby homes and the main road. Once he realized the weight of the item, he realized it may not be a toy and called the fire department. 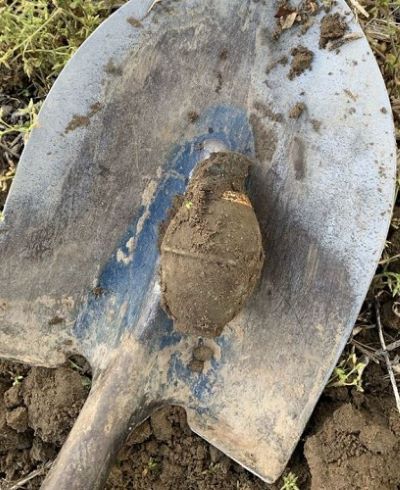 Responding officials then notified EOD, according to James City County Fire Chief Ryan Ashe. Upon examination of the grenade, EOD noted that it was in fact a live round as the yellow-colored ring around the top of it indicated it was military-grade containing high explosives (HE) and not a training device.

The ordnance was safely detonated in the field, resulting in a blast which was heard for several miles. It is unclear how the live grenade ended up in the cornfield, but Ashe reminded citizens to always notify authorities of any such suspicious find.