Lauderdale-by-the-Sea, Florida Easter Sunday beachgoers were forced to clear out from an area of Lauderdale-by-the-Sea after a potential UXO washed ashore. The large device, marked with the word "inert", was discovered by a Broward Sheriff's Office (BSO) deputy.

The deputy blocked off a section of the beach and called in additional BSO deputies, the bomb squad, and members of the U.S. Air Force to inspect the item. The munition was determined to be an inert military sea mine training device and was safely removed from the shore. 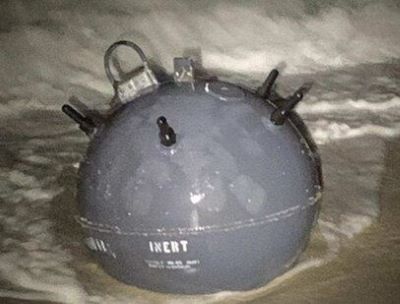 The bomb squad and Air Force personnel eventually cleared the area, declared the beach safe and allowed for its reopening. Officials are investigating why the item washed ashore.

Linking Blogs | 240 Views
Comments
Comments are not allowed for this entry.