Man Finds Projectile And Moves It To His Car

Underwood, North Dakota A civilian called the police after finding an ordnance item which cleaning his father's house. The man told police he was unsure whether it was live but he decided to move the item to his car. 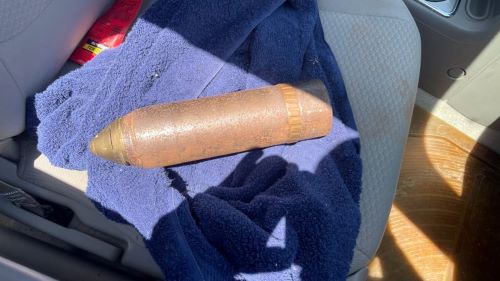 The Bismarck Bomb Squad and Minot Air Force Base EOD responded and identified the ordnance as a 75mm projectile. EOD transported the round to a nearby landfill where it was safely disposed of through a controlled detonation.

Linking Blogs | 863 Views
Comments
Comments are not allowed for this entry.