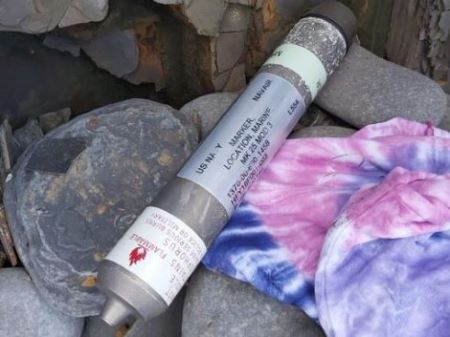 Once the Rescue Team arrived, images were sent to Falmouth who in turn passed them to the Royal Navy's EOD Unit. The unit immediately diverted from another less critical task to attend to the phosphorous flare at Sandymouth.

Once on scene, and with the beach cleared and a cordon established by the Rescue Team, EOD successfully detonated the device. Once given the all clear, the beach was reopened.

The warning continued, ""If you see any object on the beach which you believe might be a discarded marine flare or some form of pyrotechnic device or ordnance, please DO NOT touch it or attempt to move it - please note its position, and dial 999 and ask for the Coastguard."

Linking Blogs | 549 Views
Comments
Comments are not allowed for this entry.