Charleston, South Carolina Construction crews working on the expansion of the Jewish Studies Center at the College of Charleston uncovered a Civil War era munition. The construction crew called the police who responded and evacuated the immediate era. Air Force EOD from Joint Base Charleston was called in to provide technical support. EOD safely removed the munition from the area for safe disposal. 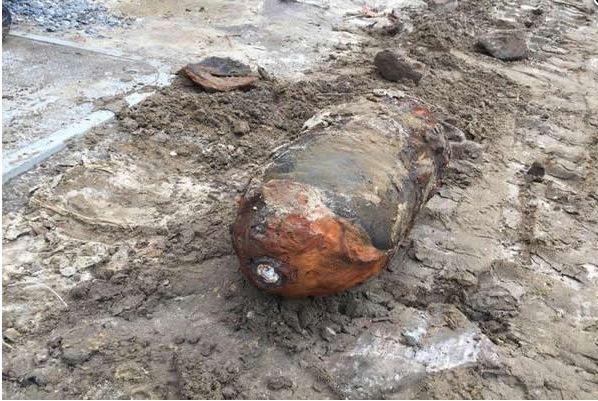 Richmond, Virginia Richmond National Battlefield Park volunteers clearing brush along a trail within the former Fort Gilmer uncovered a Civil War era cannon ball. Per the park's live ordnance policy, the park contacted the County of Henrico Police Bomb Disposal Team, which responded. A 500-foot safety perimeter was established and the shell was safely removed by the bomb squad and destroyed at the county's firing range. The bomb squad identified the munition as a Civil War era 12-pound cannon ball. 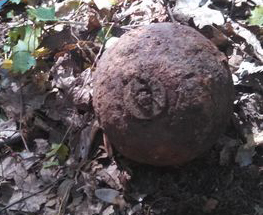 The shell was discovered just days before the park's commemoration of the 150th anniversary of the battles of New Market Heights and Fort Harrison, which includes action at Fort Gilmer.

Conway, South Carolina When Horry County Museum director Walter Hill found what he believed to be part of a detonator lodged in an old cannonball at the museum, his hopes of displaying the piece in the museum went up in smoke  literally.

While cleaning the Civil War-era cannonball, Hill encountered an obstruction. After having it x-rayed, it was deemed live. EOD from Shaw Air Force Base were called in to dispose of the round by controlled detonation at the Conway city police shooting range.

Jackson County, Alabama Members of the Jackson County Historical and Genealogy Society got a little more than they bargained for as the sorted through more than 100 boxes of artifacts and historical items retrieved from the Old Spanish Fort Museum following Hurricane Katrina. To the shock and fear of the members, they unpacked a cannonball coated with a suspicious looking black powder.

Naval Air Station Pensacola, Florida In the aftermath of Hurricane Isaac, beachgoers found nine Civil War era cannonballs in a shallow hole on the shore of Lake Frederic. An EOD team responded and deemed them safe after finding no explosives inside the shells. The cannonballs were collected by NAVFAC to be cleaned and preserved. 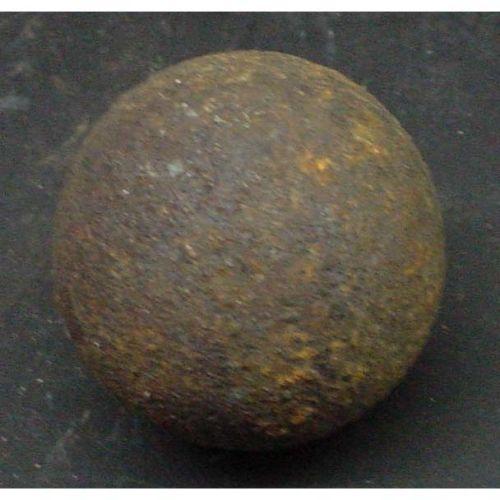