Washington, D.C. the death of Army National Guard EOD Specialist James Slape, who was killed in October from an IED, has reportedly caused the Army National Guard to open an investigation into whether or not training and equipment needs were sufficient for his unit.

Lt. Col. Wesley A. Parmer, a spokesman for the National Guard, said that the Army National Guard had started an investigation "into the training and equipping of the 430th EOD Company for their mobilization and deployment to Afghanistan." He provided no further details on the investigation.

Brixham, England A beach area was evacuated after potential UXO washed up near the breakwater in Brixham. A Navy EOD team was called who arrived to investigate the item. EOD identified as the item as a flagpole anchor weight, The beach was re-opened to the public. 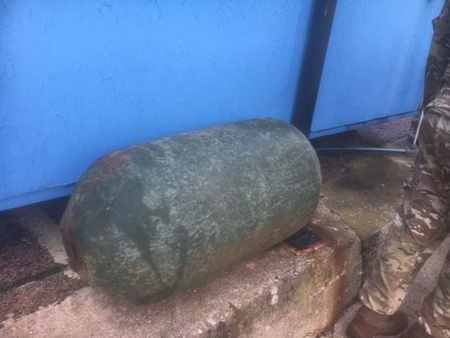 Circumstances surrounding the incident are currently under investigation by the Temple Police Department. Smith's military awards and decorations include the Nation Defense Service Medal and Army Service Ribbon.

Topeka, Kansas Army EOD from Ft. Riley responded to dispose of an ordnance found buried underground near a police impound lot in Topeka. The UXO, initially uncovered by utility workers, was safety removed and disposed of by the EOD unit. The exact type of round was not reported.

UXOInfo.com salutes these brave men and their families.

Guam Navy EOD responded to what was believed to be an unexploded World War II ordnance at the Inarajan Pools. However, according to reports, the UXO was actually just a parking barrier covered in cement.

See the You Tube video below:

Ayn Issa, Syria Navy EOD Technician Senior Chief Petty Officer Scott Cooper Dayton, 42, died after sustaining wounds by an IED blast in northern Syria. The blast occurred in the vicinity of, near the Islamic State stronghold of Raqqa, where U.S. troops are working with local forces to retake the city. Dayton had been serving with Combined Joint Task Force-Operation Inherent Resolve, the operation focused on defeating Islamic State militants in Iraq and Syria.

Fort Bragg, North Carolina Members of the Army's 767th Ordnance Company (EOD) made history earlier this month by practicing the Army's first conventional airborne EOD operations with members of the 82nd Airborne Division. The airborne training was provided to 16 EOD technicians as part of an effort to integrate EOD assets into the 82nd Airborne's global response force (GRF) mission. Other EOD technicians will be attending jump school at Fort Benning, Georgia.

Over the past week, the EOD teams have been working in the Russell Island group, which lies north-west of Guadalcanal, where they recovered over 400 UXO including underwater UXO. 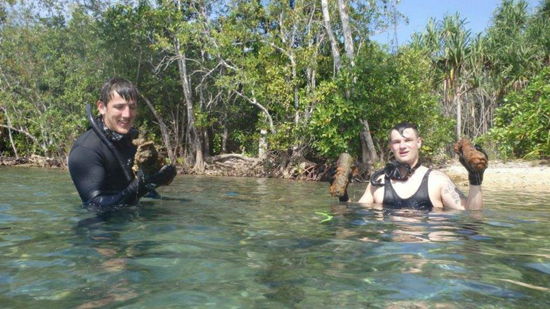