Michael Hitt is an Army veteran, author and historian. He served in the 15th Field Artillery with the 2nd Infantry Division. After retiring from the army, Mr. Hitt attended Kennesaw College in Georgia where he received a degree in Criminal Justice. He went on to complete his basic law enforcement certification at the North Georgia Regional Police Academy. He then served two years with the Georgia Tech Police Department and 32 years with the Roswell Georgia Police Department before retiring in 2016 to devote more of his time to historical research.

Jonathan holds a BS degree in Mechanical Engineering from the University of Maryland and a Masters in Engineering Management from Johns Hopkins University.

He has over 23 years experience providing engineering and project / program management support to the EOD and UXO communities. Previous positions held include serving as a project engineer for the Naval EOD Technology Division; Program Manager for the Explosive Detection & Defeat Subgroup at the Technical Support Working Group (TSWG); and Program Manager / Director for three UXO services companies. He currently serves as the Technical Director for OHI.

Posted At : September 22, 2016 10:10 AM | Posted By : Admin
Related Categories: UXO Guest Author
Mike R. Vining is a retired Sergeant Major who served in the Army from July 1968 to January 1999. He served in both the Explosive Ordnance Disposal (EOD) field and the Special Operations field. Today he lives with his wife in South Fork, Colorado. Mr. Vining is assistant historian for the National Explosive Ordnance Disposal Association (NATEODA) as well as historian for the Vietnam EOD veterans chapter of the NATEODA. Visit the organization's website at NATEODA.

UXO Guest Author Robert "Dale" Woosley was born in Arkansas in 1926. He graduated Hendrix College, Conway, Arkansas with a B.S. Degree in Chemistry in 1949. He pursued other graduate work at University of Arkansas and Southern Illinois University at Edwardsville.

UXOInfo.com welcomes UXO Guest Author* Dr. Richard D. Albright, a local chemical weapons and ordnance expert who holds a Bachelor's from the University of Michigan, a Master of Science in Environmental Health from George Washington University and Doctorate from Wayne State. A former Army officer, he wrote a science bestseller, "Cleanup of Chemical and Explosive Munitions," now in its second edition; as well as two more books on munitions and their constituents, "Death of the Chesapeake," and "Poisoning the World's Women and Infants: The Story of Perchlorate."

Dr. Albright has testified before Congress and state government on munitions issues, and in federal court on environmental issues. He has been presented on prime time Russian TV and in international media as a weapons expert. His munitions work has been featured in: The Washingtonian Magazine, The Washington Post, The Washington Times, The Northeast Ohio News Herald, The Atlantic City Press, The New York Times, and The Kansas City Star. He has been cited as an ordnance authority in a briefing paper for the European Parliament.

Michael continues to work part time as a Staff Oceanographer for the University of Hawai'i at Mnoa (UHM) Department of Oceanography from his home in Flagstaff, Arizona. In addition to working with the Pacific Islands Ocean Observing System (PacIOOS) and the Hawaii Undersea Military Munitions Assessment (HUMMA) Program, Michael also served as the Project Manager for the Ordnance Reef (HI-06) Follow-Up Investigation conducted on the leeward side of O'ahu, Hawai'i. The purpose of this latter study was to determine the environmental effects of the disposal of conventional military munitions discarded in relatively shallow (<100 m) water following World War II, and the subsequent removal of some of these munitions in 2012 as part of the US Army's Remotely Operated Underwater Munitions Recovery System (ROUMRS) Demonstration.

Prior to joining UHM, Michael worked as an oceanographer and limnologist for three environmental consulting firms, based first in Chicago, Illinois, and then in Gainesville, Florida. During his 22 years as a consultant, Michael worked on 97 projects including the Ekofisk BRAVO Blowout (oil spill) in the North Sea, the effects of crude oil and dispersed crude oil on Arabian corals, an environmental assessment for a submarine fiber optic transmission system on Kwajalein Atoll, a study of the environmental effects of the Endicott Causeway in the Arctic Ocean, a physical oceanographic characterization of the North Aleutian Shelf, and the Southwest Florida Shelf Benthic Ecosystems Study.

Michael's detailed profile can be found on LinkedIn® at: www.linkedin.com/in/tomlinsonmichael; an abbreviated profile as well as some of Michael's publications and presentations can be found on ResearchGate® at: researchgate.net/profile/Michael_Tomlinson5.

He can be reached via email at mtomlins@hawaii.edu or michael.s.tomlinson@gmail.com or via cell phone voice or text at 928-266-2236.

UXOInfo.com is pleased to welcome Guest Author Danny Johnson to the website family. Retired Lieutenant Colonel Johnson, who served 25 years in the Regular Army, Army Reserve and National Guard as well as 35 years in federal civil service, will be contributing articles of interest as well as updating historical information about military installations, ranges and ordnance facilities as part of the UXOInfo Library.

Following his retirement from the federal government and the Army, Johnson served as a Staff Historian for the California State Military Museum in Sacramento, CA. Under this title, he worked on a historical project collecting data on California Army National Guard units that were deployed for the Global War on Terrorism from 2001 to 2010.

"For over thirty years; all of my professional energies have remained focused toward the effective practice of the various facets of the art of Explosive Ordnance Disposal (EOD)." This has been my professional motto for some time.

Natural mechanical dexterity ability and an aptitude allowing rapid comprehension of complex technical material prompted me early in my military career to pursue and be accepted into the military Explosive Ordnance Disposal community.

Successive promotions and directing attention to the details allowed for a subsequent award of an additional Military Occupational Specialty (MOS) and commensurate assignment duties as a US Army Ammunition Quality Assurance Inspector.

On departure from the US Army the traveling experiences from a decade of military assignments brought on a desire to continue traveling as I pursued civilian UXO remediation, materials reclamation and demining employment opportunities. Through my involvement in overseas employment contracts that required the knowledge and expertise of the high hazard abatement skills I had acquired while in the military, I was able to continue to visit various countries.

Posted At : July 28, 2015 1:53 AM | Posted By : Admin
Related Categories: UXO Guest Author
UXOInfo.com is proud to welcome a new guest author, Jack Imber. Jack has many years of experience in the UXO world and has brought his experience to print through his book "Deminer." We look forward to Jack's creative insight into the industry as he shares articles with our readers. The following is book jacket summary from "Deminer:"

Jim Christensen is a contract archaeologist serving the UXO, defense, energy, and mining markets. With over 20 years of experience, Jim has worked throughout the U.S. helping clients navigate different regulatory issues.

Cross trained as a UXO Technician Level I, Jim is able to work inside the grid during intrusive investigations, eliminating the need to start and stop operations. This approach gives clients an advantage, allowing them to better demonstrate their compliance with federal regulations.

Jim currently serves as Vice President for ACR Consultants UXO Division. He works with his fiancé, Hillary Jones, who is a geoarchaeologist and is also cross-trained as a UXO Technician Level I. 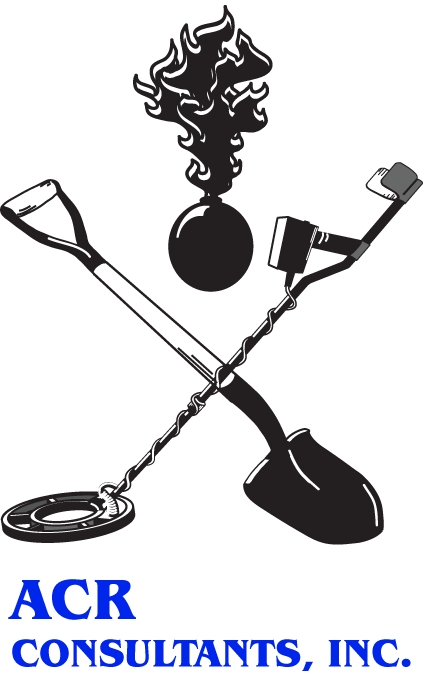