4th and Goal - One "Flash Bang Grenade" Shot to Go

The Department of Homeland Security (DHS) issued a notice to police and bomb squad personnel across the U.S. to be on the lookout for an alcohol shot made to look like a flash bang grenade. The alcohol shot, housed in a container that resembles a hand held grenade equipped with a working pull pin and spoon, attracts young drinkers such as 21-year old college students.

An example of an alcohol shot taken off a USC student at a recent football game against Texas A&M is shown below. The item does not contain explosives or energetics but has the potential to result in bomb disposal calls due to its life-like resemblance of an actual munition. 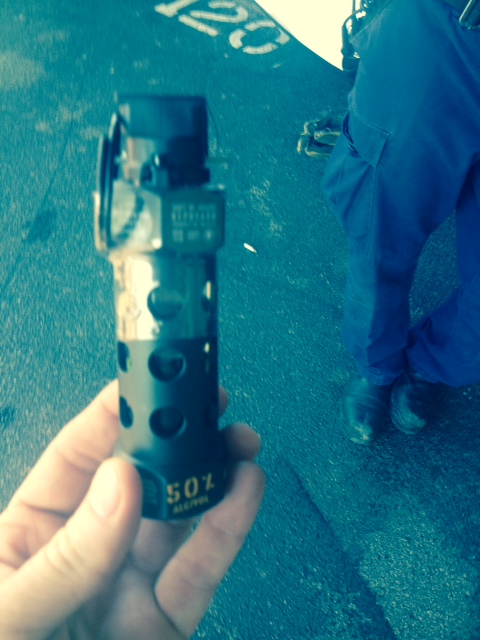 Although the items do not present a danger or hazard, bomb squad calls that turn out to be hoax or fake items do take away time and resources from the local bomb squads who often operate on small budgets as is.

Linking Blogs | 2754 Views
Comments
Comments are not allowed for this entry.