Bretten, Germany An 81-year-old German man called police claiming to have found a WWII-era bomb in his garden. Police responded to the scene and were relieved to find that the "bomb" turned out to be a particularly large zucchini plant. 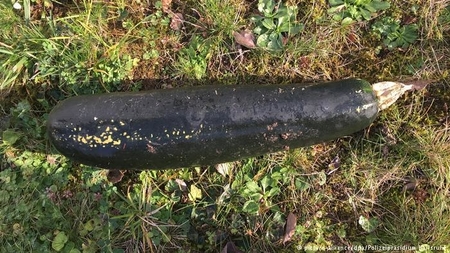 Discovering that the 40-centimeter zucchini was no threat, German police called off the EOD team. Although the item did not turn out be ordnance, police thanked the man for calling the item in as WWII era discoveries are a common occurrence throughout Germany and it is better to be safe than sorry when it comes to explosives safety.

Linking Blogs | 1361 Views
Comments
Comments are not allowed for this entry.