Ashland, Minnesota A surprising discovery was made during an investigation following a garage fire in Ashland. The Fire Captain conducting the investigation came across two M69 mortar rounds. He evacuated the site and called in the support of state EOD experts.

The Minnesota Air National Guard 148th Fighter Wing's EOD team from Duluth called to examine the two rounds confirmed they were inert M69 practice and training rounds, presenting no danger. Officials believe the munitions were souvenirs owned by a now-deceased National Guard member who lived in the house. 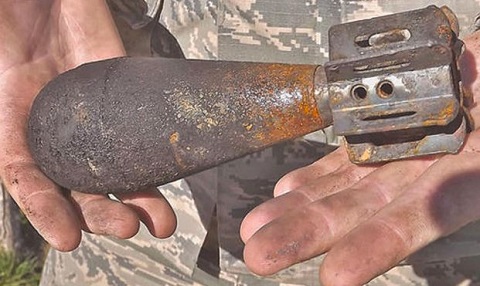 Linking Blogs | 1599 Views
Comments
Comments are not allowed for this entry.