Man Digs Up Mortars in Garden

Norfolk, United Kingdom A man working in his garden in Burgh Castle uncovered what he suspected was scrap metal. The man showed the find to his neighbor who also found similar items on his property. The idea of taking the items to the recycling facility was quickly abandoned after the neighbor became concerned over the items. 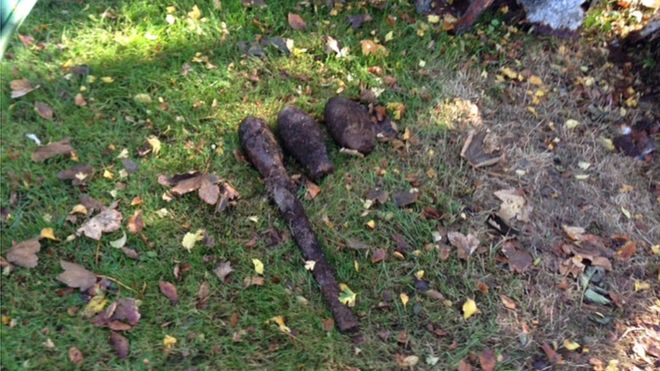 The two then called the police who responded with technical support provided by a Army EOD team. EOD identified the items as WWII era practice spigot mortar rounds. EOD determined that the items were inert but transported the items off-site for proper disposal.

Linking Blogs | 931 Views
Comments
Comments are not allowed for this entry.