Gloucestershire, United Kingdom A 22 year old man magnet fishing in the River Severn pulled up a WWII era mortar round. Recognizing that the find was potentially dangerous, the man quickly backed away and called the police. 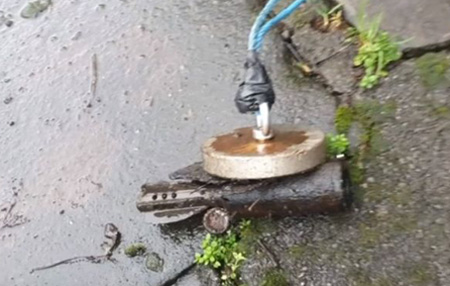 The police responded with the local fire service and setup an exclusion zone around the area. Army EOD was called in to respond. EOD safely disposed of the item in a controlled demolition.

Interviewed by the local news, the man who found the ordnance stated: "I was fairly shocked. I used to be really into World War II when I was a kid, so I knew what it was straight away - it was clearly recognizable. I just left everything and got away from the bank of the river."

Linking Blogs | 1007 Views
Comments
Comments are not allowed for this entry.