Agat, Guam The Guam Police and Fire Departments responded to 911 reports of a UXO at a construction site near the Agat Mayors Office. The round was reportedly stuck in the teeth of an excavator. Navy EOD unit Detachment Marianas was called to move the item to a safe location where it was properly disposed of through a controlled detonation. 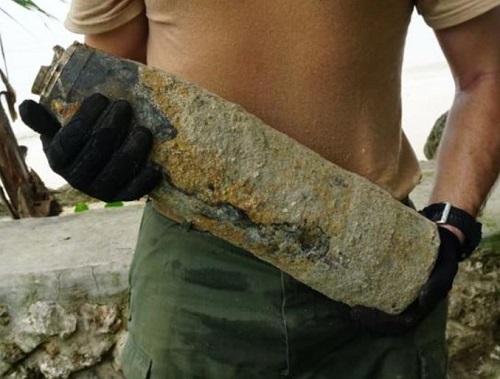 Linking Blogs | 1022 Views
Comments
Comments are not allowed for this entry.