Illawarra, New South Wales Workers unearthed what appeared to be a WWII mortar at a construction site at Albion Park in the Illawarra, NSW. The rusted UXO was successfully removed by the Rescue and Bomb Disposal Unit and no one was injured. An image of the round was posted on the NSW Police Facebook page prompting a series of comments stating that it resembled a "piece of chicken." One person commented, "It looks kinda like a KFC drumstick," while another joked, "Mmmm. Deep-fried mortar." 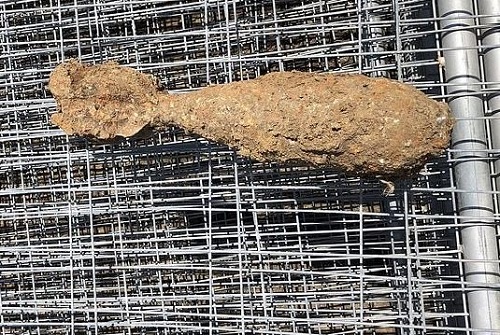 All jokes aside, NSW police issued the following reminder if suspect ordnance is encountered, "If a suspect item is found, do not touch, disturb or tamper with the item in any way. This includes making any attempt to move the item to a 'safe' location. Call the police who will arrange for its safe removal."

Linking Blogs | 507 Views
Comments
Comments are not allowed for this entry.