How the Schonstedt Humanitarian Demining Initiative is Helping to Save Lives Worldwide:


The Daynile district, located in the Banaadir region of Somalia, encompasses the northern outskirts of the nation's capital, Mogadishu. Approximately 6 miles north of the central part of Mogadishu also lies a former ammunition storage site.

At the site, most ammunition bunkers were destroyed, and some of them collapsed inward, leaving approximately 98 acres of land (400,000 m2) contaminated with explosive hazards. Located near an airstrip, the site may also become a relocation site for Internally Displaced Persons.

About The Schonstedt Humanitarian Demining Initiative:


The Schonstedt Humanitarian Demining Initiative (SHDI) deploys Schonstedt Magnetic Locators, instruments used to detect UXO and ERW, to underserved parts of the world. To date, SHDI has assisted in getting over 550 locators into the hands of demining teams in 28 countries plagued with long-lasting remnants of war, including, but not limited to, Laos, Somalia, Kenya, Tajikistan, Vietnam, the Democratic Republic of the Congo, Croatia, Libya, and Sudan. Units deploy at no cost to the receiving programme, other than paying shipping and handling.

Schonstedt collaborates with the United Nations Mine Action Service (UNMAS) and the US State Department, Bureau of Political-Military Affairs, Office of Weapons Removal and Abatement (PM/WRA) to coordinate the flow of demining tools to underserved areas of the world.

Founded in 2007, the program is made possible by donations from businesses, individuals, and nonprofit organizations. Donations fund the purchase of Schonstedt GA-72Cd locators (valued at $1,041), and Schonstedt matches donations unit-for-unit, resulting in two instruments deployed in the name of the donor. The Woodstown Friends, located in New Jersey, USA, made possible the deployment of the four units to Somalia.

This initiative represents an open-ended commitment by Schonstedt and donors to humanitarian demining operations in regions of the world, where it is most-needed, and where it would not otherwise be possible. To learn more about SHDI, visit www.schonstedt.com/shdi. 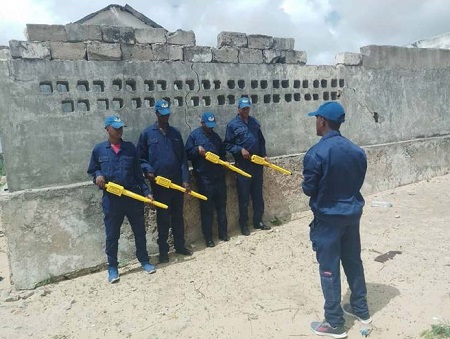 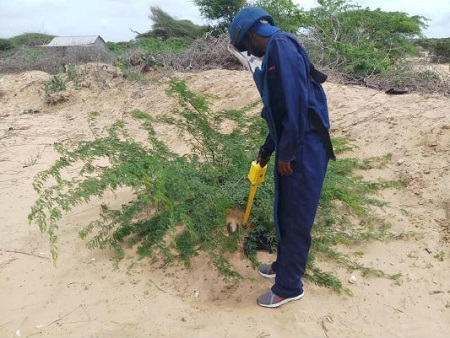 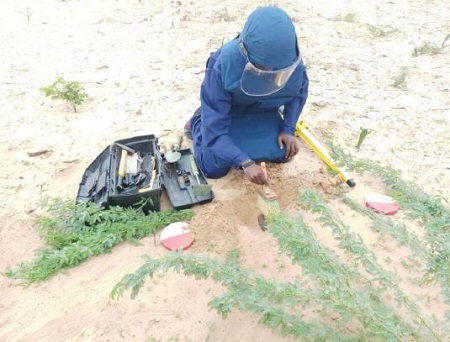 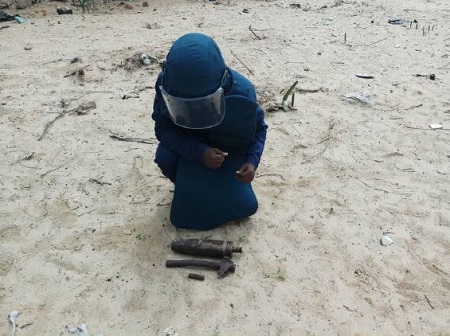 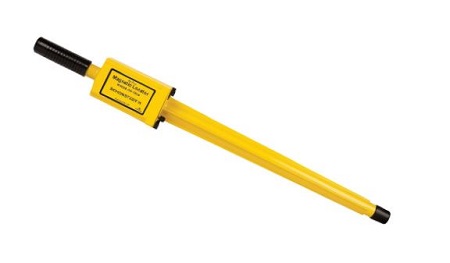 Figure 5 - Schonstedt's GA-72Cd Magnetic Locator detects the magnetic field of iron and steel objects, providing audio and visual signals that peak when the locator's tip is directly over the target.


About Schonstedt, Radiodetection, and SPX Corporation:


Headquartered in Kearneysville, West Virginia, Schonstedt Instrument Company provides solutions for the detection and location of objects and phenomena below the surface of the ground or water. Schonstedt designs, manufactures, and distributes instruments that locate buried iron and steel (ferrous) objects, and pipes and cables (linear underground conductors). The company's products are sold through a worldwide network of dealers and manufacturers representatives.

Schonstedt Instrument Company is a brand of Radiodetection Ltd. Radiodetection is a leading global developer and supplier of equipment used by utility companies and excavators to accurately locate and avoid damage to buried infrastructure networks.

If you would like additional information about the Schonstedt Humanitarian Demining Initiative, please call Wendy Hart at 1-800-999-8280 ext. 4702, or email Wendy.Hart@spx.com.

Linking Blogs | 994 Views
Comments
Comments are not allowed for this entry.