Posted At : February 25, 2019 12:45 PM | Posted By : Admin
Related Categories: Unusual Munition Finds
Dorset, United Kingdom A British dog owner was surprised when his dog who isn't normally a "digger," began frantically digging on Studland beach in Dorset. When he went to investigate, the owner was even more surprised to find that the digging had yielded what appeared to be a WWII shell. He immediately called authorities. 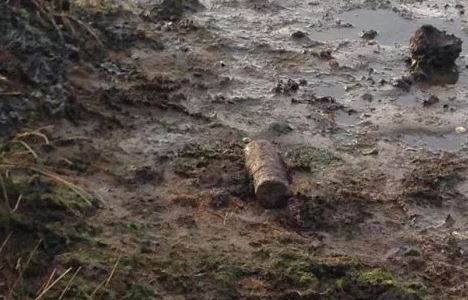 The fire brigade responded and confirmed that it was a military shell and they call the Army for EOD Support. EOD determined that the item was inert before removing it from the area.

Linking Blogs | 646 Views
Comments
Comments are not allowed for this entry.