Garden City, South Carolina A homeowner almost went off the deep end when the construction crew building his new pool uncovered ordnance items on his property. Workers called the police who responded and contacted the Air Force for technical support. 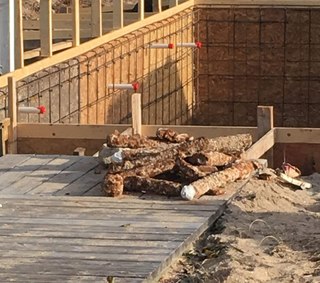 Air Force EOD from the 20th Civil Engineer Squadron based out of Shaw Air Force Base responded. EOD identified the items as WWII era practice rockets. Due to the past military history of the area in and around Horry County, there is the potential for additional ordnance.

EOD safely removed the items that were uncovered for proper disposal.

Linking Blogs | 715 Views
Comments
Comments are not allowed for this entry.