Shangqiu, China Workers digging for a pool uncovered some suspicious objects in the dirt. The unaware workers initially thought the items were bricks or scrap metal debris. However, after a few more finds, the construction team became concerned and reported the finds to the authorities.

Shangqiu police responded and called in bomb disposal personnel for assistance. Within a day, more than 3,000 munitions related items were excavated from the area. Authorities suspect that the rusty munitions can be traced back 70 years to the Second Sino-Japanese War. 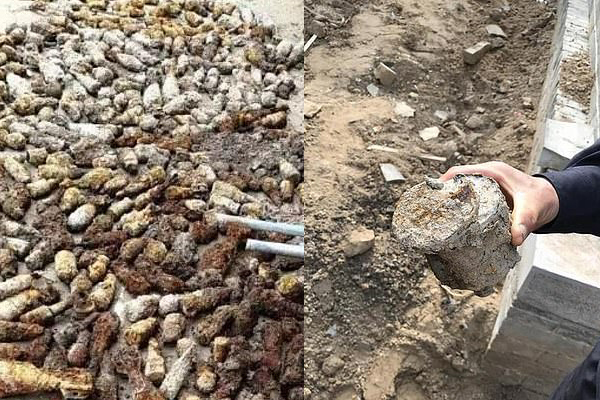 Most of the devices were said to be hand grenades, mortars and incendiary bombs. The items were safely relocated by bomb disposal personnel for proper disposal. No injuries were reported as a result of the incident.

Linking Blogs | 707 Views
Comments
Comments are not allowed for this entry.