According to sources, the Coastguard was called to the scene and the beach was cordoned off to protect the public. Pictures were taken and subsequently sent to a Royal Navy EOD Team for examination and it was later confirmed that the items were unexploded bombs left over from WWII. Two controlled explosions were then carried out on the beach by EOD. 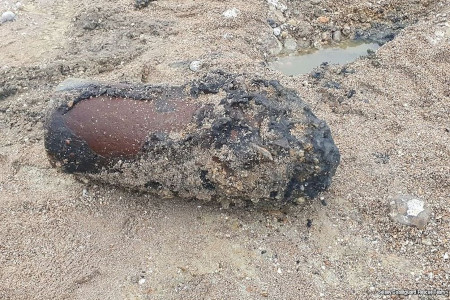 This area is not new to ordnance discovery on its beaches. During WWII, there was a bombing range for air to ground attack practice located in Selsey. Erosion and flooding has also occurred in this area which, in 2011, had lead the Environmental Agency to construct a flood bank.

According to the Maritime and Coastguard Agency, the flood bank created wetlands but also flooded the old bombing range which means that it is now common for ordnance to wash up on the beach.

Linking Blogs | 602 Views
Comments
Comments are not allowed for this entry.