Vero Beach, Florida When Jeff Emlet's metal detector went off on Vero Beach recently, it prompted him to use his bare hands to dig up what turned out to be an old landmine. Realizing that it was likely ordnance, he dropped his metal detector and ran back to warn others in the area to stay away.

County fire officials confirmed it was a landmine, and EOD from Patrick AFB responded to remove it. Nearby Round Island Beach Park was used for WWII training at the Fort Pierce Naval Amphibious Training Base, and several land mines have washed up in the area over the past few years.

Officials issued a reminder the those who think they have stumbled on an old land mine are advised to back away immediately and call 911. 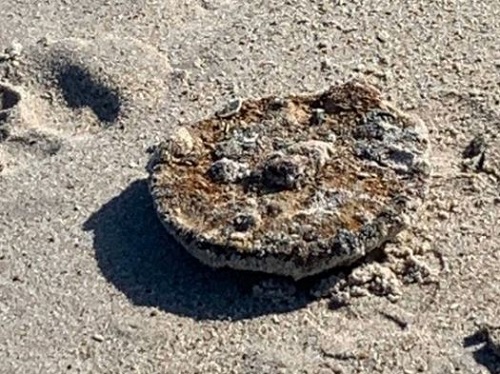 Linking Blogs | 406 Views
Comments
Comments are not allowed for this entry.