Yaverland, United Kingdom A Bembridge Coastguard Rescue Team was called out to the beach when two boys playing on the beach reported a suspicious item. The Coastguard Rescue Officers arrived on scene and sent photographs to the Royal Navy EOD team, who have deemed the object to be potentially a viable explosive. 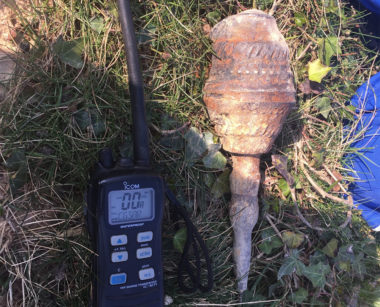 The incident was handed over to the Police who have remained on scene throughout the night until EOD could respond the following morning. EOD responded and conducted a controlled detonation of the item.

Linking Blogs | 489 Views
Comments
Comments are not allowed for this entry.