Omaha, Nebraska A civilian landscaping in his yard came across a buried object. Thinking it was an old pipe, the man started to dig around the item to uncover the obstacle in his way of planting. When he uncovered the item, he quickly realized that the item was not an old pipe but a projectile. 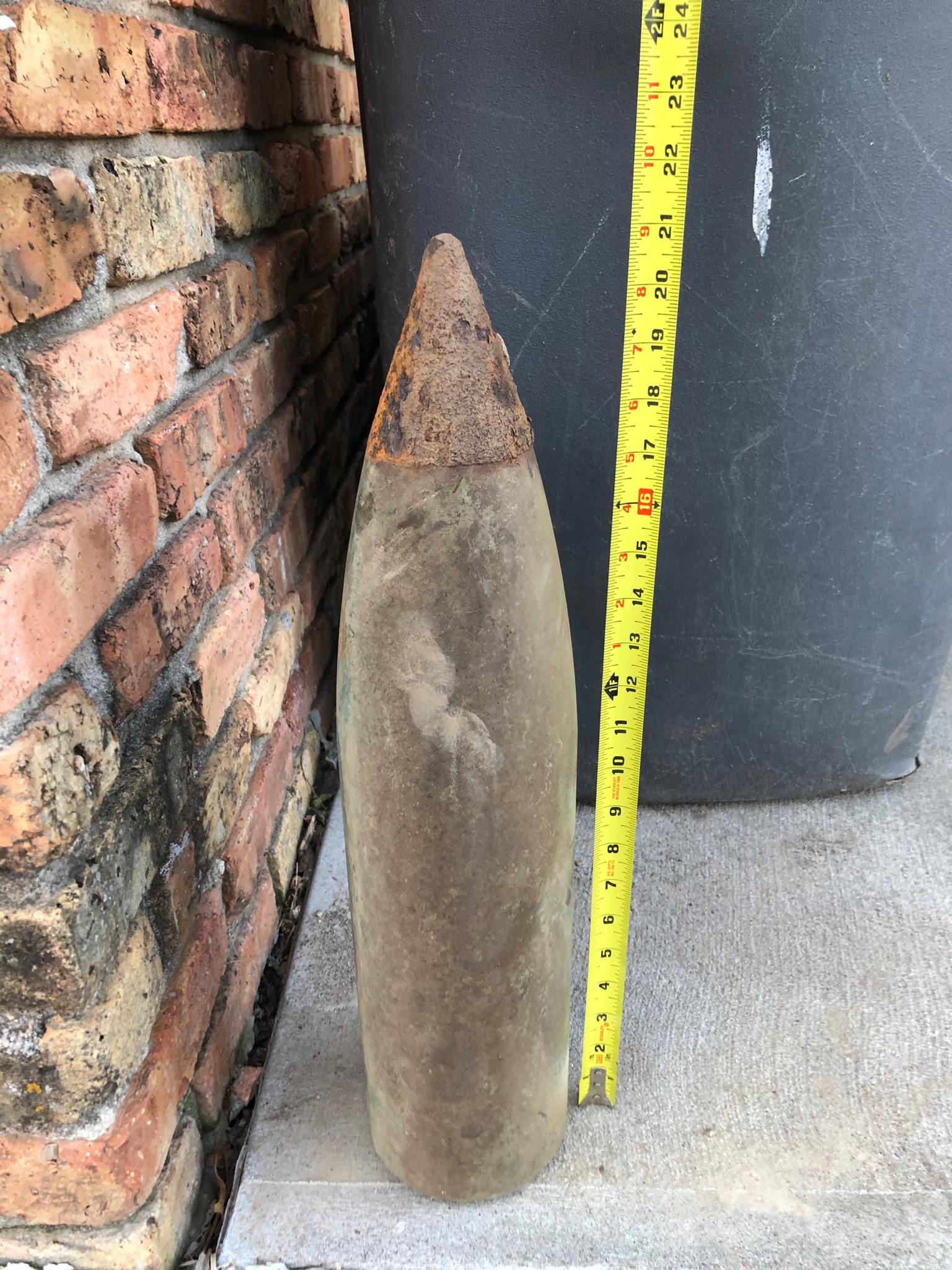 Linking Blogs | 478 Views
Comments
Comments are not allowed for this entry.