The potatoes reportedly came from Normandy and authorities suspect that the ordnance components likely were mixed with the potatoes during large-scale, machine-harvesting of the potatoes where objects similar in size are screened from the ground. 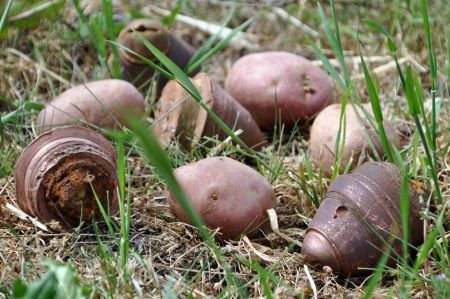 Although some of the ordnance material dated back to WWI, EOD suspects that the items were likely deposited into the soil during combat operations in WWII when Germany plundered a significant amount of ordnance in 1940 from the British forces and used it in several locations, including Normandy.

Linking Blogs | 472 Views
Comments
Comments are not allowed for this entry.